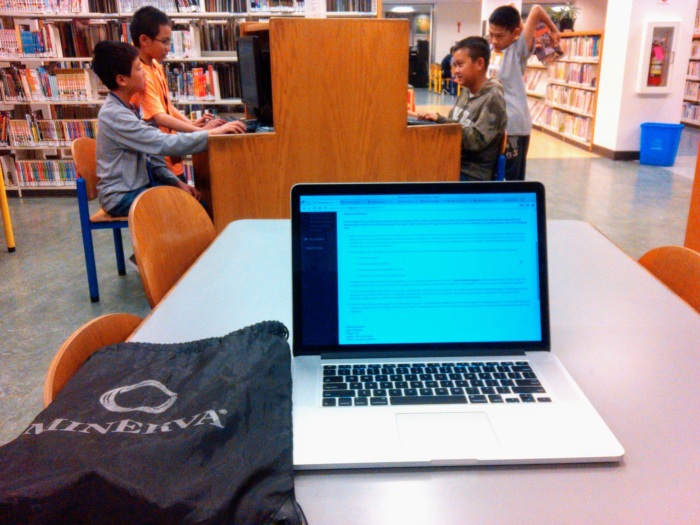 I’m seated at a small table on the ground floor. My head is abuzz from coffee.

The room is warm. There’s the ambient sound of relaxed conversation around me, and in the distance I can hear the self-absorbed whirr of coffee makers.

I’m working on a Formal Analysis assignment. Some Statistics stuff. Statistical power, p-values, all that.

I think this cafe has a very interesting layout. It’s not such a large space in terms of ground area, but it’s got considerable elevation.

The ceiling is pretty high. High enough to allow for an additional floor of tables and chairs up in the air. This wooden storey lines the wall in an interesting U-shape around the room.

I tried working on the suspended floor. That was the first time I was here, I think. I spent a number of hours doing some readings and assignment stuff. I was seated at a cozy table along one of the prongs of the suspended “U”.

The setup felt immensely precarious to me. Walking along the wooden floorboards, they felt somewhat shaky. Like the entire structure was gently swaying from side to side.

I thought to myself, “This obviously can’t be indicative of a structural issue, because everyone seems pretty chill with it”.

It felt like it had been that way for like a number of years possibly. Like the sway was a part of the structure’s character or something.

I don’t know, what do I know about wooden structures.

It’s probably one of those structures that feel somewhat sketchy, but last for a pretty long time regardless.

There were two waiters at the counter when I came in. One was a mixed-race black guy. Like, the sort of black guy that has hair with large curls, and dark-green eyes. He cut his hair short, but I could still tell from the texture. I thought he looked interesting.

There was him, and then this slim lady waiter- blonde I think. They were smiling and teasing flirtatiously with each other. Definitely having fun at work.

I’m currently typing at my computer.

There’s this Indian-looking guy sitting at the table to my left. He seems to be typing nervously on his phone.

I headed upstairs earlier, to see if I would come across a free table on the sketchy upper floor. I came across a classmate. She was also working on her Formal Analysis assignment. She seemed happy to see me.

I sat at the table and we spent a little time chatting while we worked on our assignments.

I think I’m gradually developing a crush on her.

At some point I realized I wasn’t really getting any work done. I was too distracted sitting with her. If I intended to get anywhere with my assignment, I needed to go sit somewhere else.

I fiddled with my computer for a bit, and then came up with an excuse to go sit elsewhere.

The Indian looking guy to my left- now he has someone else sitting across the table from him. His voice is a bit strained and anxious as he tries to communicate some ideas to his guest.

I think the new guy at the table is some sort of investor, and the Indian guy is attempting to sell him on a startup idea. I believe that is what is happening.

I keep working on my assignment.

It’s dark now. I’m like locked in- music streaming in through my headphones- vibing and working through the assignment questions.

Someone is standing next to me.

I take off my headphones and turn.

It’s the classmate. The one from upstairs. I think she’s done with her assignment. She lets me know she’s heading back to the dorms.

We smile and say our goodbyes as she walks out of the cafe.

Yeah. I definitely have a crush on her.

Image: Working on an assignment at the Chinatown branch of the San Francisco Public Library.